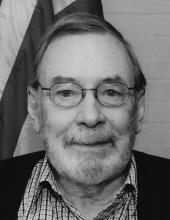 Dan Coakley Sparks, son of Dr. Clyde C, Sparks and Mabel Coakley Sparks was born in Louisville, Kentucky on February 8, 1931. He graduated from Ashland Senior High School in 1948 and did undergraduate and graduate work in music at the Cincinnati Conservatory of Music where he received Master of Music Degrees in Critical Analysis and Research and in clarinet performance. He also attended the Juilliard School of Music in New York and completed course requirements for the Ph.D. Degree in Musicology at the Eastman School of Music in Rochester, New York. At the Eastman School, Sparks was a member of the Eastman Wind Ensemble, which, under the direction of Frederick Fennell, made a number of recordings for Mercury Records.

After completing his military service as principal clarinetist and assistant conductor of the 29th Army Band, he began his teaching career at Jacksonville State University in Alabama. Six years later he joined the faculty at Lawrence University in Appleton, Wisconsin, where he taught until his retirement in 1994. At Lawrence he served in several capacities, including Music Admissions Counselor, director of the Men’s Chorus, Professor of Clarinet and Chamber Music, and as a classroom teacher in the areas of Music Theory and Music History and Form and Analysis. Sparks was a member of the Lawrence Conservatory Faculty Woodwind Quintet, a founding member of the Fox Valley Symphony in which he performed as principal clarinetist for 25 years and was active as a soloist and chamber music performer. A longtime member of the International Clarinet Society, he served that organization as Vice President and performed before the society in Denver, Colorado and London, England. He also wrote articles and new music reviews for The Clarinet, official journal of the clarinet society. After retirement, he traveled extensively and later moved to the Heritage, a retirement center in Appleton.

Mr. Sparks was a Minister of Music at First United Methodist Church in Appleton, Wisconsin and in Jacksonville, Alabama.

He is survived by three children: Bryan Sparks, Jonathan Sparks, and Katherine Sparks Shrigley; their mother Linda Sparks; and four grandsons: Christopher and William Shrigley and Ben and Jack Sparks.
To order memorial trees or send flowers to the family in memory of Dan Coakley Sparks, please visit our flower store.