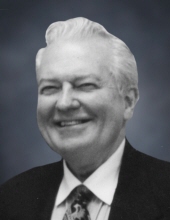 Francis "Frank" J. Lee, age 87, passed away August 26, 2017, with his wife Joann at his side. Frank was born in Bangor, Maine on August 11, 1930. He lived in New Jersey and in Massachusetts before the move to his beloved New York City, where he worked as a security analyst and portfolio manager. Through the years when Joann suggested Darboy would be a good place to retire, Frank vowed it would never happen. However, when his health declined and help was needed from the Sprangers family, he reluctantly agreed to move. His observation was that there are no people in Wisconsin. True, Frank, when compared to lunch hour on Fifth Avenue in New York City. Frank had a keen Irish wit and kept us laughing right to his final days.
Frank earned a BA from Boston College in 1951 and an MBA from Babson College in 1954. Though his career moved him to New York, he remained an avid fan of the Boston Red Sox and New England Patriots, great fodder for small bets and big discussions in the local pubs.

He is survived by his wife of 48 years, Joann Sprangers Lee of Darboy; a son, Gregory of Santa Barbara, California; and a sister, Mary Lee of Framingham, Massachusetts. He was preceded in death by his mother Mary Lynch Lee and his father Francis G. Lee.

A funeral mass will be celebrated September 1, 2017 at 12:00 Noon at Holy Spirit Parish, W2796 Highway KK in Darboy. (It was Holy Angels when Joann and Frank married in 1968). Mass will be preceded by visitation at the church from 10:00 AM until the time of the service.

We'll miss the laughs, Frank my love.
To order memorial trees or send flowers to the family in memory of Frank J. Lee, please visit our flower store.