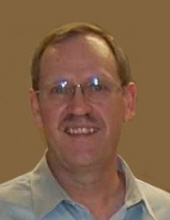 Gregory J. Islinger, 63, went into the arms of the Lord peacefully at his home on January 10, 2021 after a valiant fight with cancer.

Greg, was born June 27, 1957 and was a longtime resident of Appleton. He was an electrician for over 40 years, retiring from Black Haak Heating’s electrician division where he enjoyed working with manager and good friend - Joel Bruch. Greg conquered many handy-man projects, but his true passions were fishing with his brothers Gary and Paul as well as hunting with his sons and (late) good friend Dave Huhn.

Greg, known to close family as “Big Greg”, was a simple man who loved watching the Brewers, Packers, making bloody mary’s, and Ninja smoothies. He enjoyed spending time with his family; he was a wonderful father, son, brother, grandpa, and friend. He would do anything for those he loved; his sons would describe him as the best dad one could have.
He will be dearly missed by all who knew him.

No services are planned for Greg at this time.

The family would like to thank the healthcare professionals with hospice (especially McKenzie), family, and good friend Joel during this difficult time.
To order memorial trees or send flowers to the family in memory of Gregory J. Islinger, please visit our flower store.