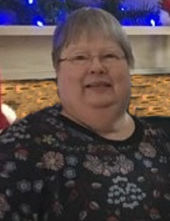 Neenah– Jennifer (Jenny) Reichenberger, 65, passed away on December 9th, 2020, at her home, with her family by her side, after losing her short fight with liver cancer. She was born on January 9th 1955, Fond du Lac, WI, the daughter of Irving and Elizabeth (Toner) Ingalls. She was a graduate of Oshkosh North in 1973, but always considered herself an Oshkosh High graduate. She got her nursing degree at Fox Valley Tech as a LPN. She worked many years at Mercy Medical Hospital on 2 South. After leaving there, she worked at many clinics in the Appleton area until her retirement. On January 21st, 1977, she married Thomas (Tom) Reichenberger. Her hobbies were crocheting, reading, and gardening.


Jenny is survived by daughters: Lynette (Matthew) Sloan, and Jodi Vassar; Grandchildren: Sean and Tyler Sloan, and Genevieve and Aaron Vassar; Sisters: Sue (Wayne) LaSage and Mimi DeFord; along with many in-laws and nieces and nephews.


At this time, there is not going to be a funeral service per Jenny's request. Some time during the summer of 2021, there will be a celebration of life.


Jenny's family would like to thank ThedaCare at Home Hospice for all their help in the last days of her life with their exceptional care and compassion.
To order memorial trees or send flowers to the family in memory of Jennifer Ann Reichenberger, please visit our flower store.