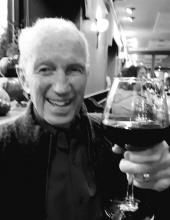 Phil in his own words would say he lived a blessed life. Phil was best known for the twinkle in his eye, the smile on his face and a story or two to share. Phil loved people and was thrilled at the opportunity to roll up his sleeves to lend a hand. You could count on him for anything. Phil was never much for accumulating possessions but rather always all about giving whatever he had to help others.

Phil was born in Champaign Illinois to John Matthew and Patricia (Harden) Beatty. Phil loved nature as a boy and could be found most days barefoot roaming and exploring the countryside and all its wonder. To this day he deeply respected nature and all she had to offer. Phil spent many years tending to his organic vegetable and fruit gardens.

Phil graduated from Longview high school and went on to earn his bachelor’s degree in business from Eastern Illinois. Phil was a member of the gymnastic team that competed in nationals in 1964. Phil was also a dedicated weight lifter. Out of college he was employed by Lincoln National Life and then on to Manage Facilities for the University of Illinois Champaign Urbana. Phil was always an entrepreneur at heart and made the leap to open his own sheet metal and roofing business which he owned and operated for many years. Phil had a particular interest and involvement in oil exploration and drilling. In his later years Phil was one of the co-founders of Living Spring Holistic Health and Wellness Center in Woodruff, Wisconsin.

Phil had great love for his family. Great pride in his children, step children, grandchildren and step grandchild. Quietly watching and appreciating each one for their uniqueness.
Phil was an avid volunteer along with his wife Diane for the Community Blood Center, Habitat for Humanity and the Fox Cities Marathon thru Community First Credit Union.

Phil is preceded in death by his father John Matthew Beatty and mother Patricia (Harding) Beatty.

Phil’s family will hold a private celebration of his life. It is his wish to give back to nature by planting trees in his name.

The family would like to thank Dr Taleon, Kristina, Mary, Melissa, and Wendy from Theda Care Hospice for their gentle care.

The family would like to thank friends, neighbors and especially Diane’s coworkers at Community First Credit Union for their support, generosity and many acts of kindness.

“Phil, you are the kindest most generous man I’ve ever met. Thank you for your unconditional love all these years. Goodbye Sweetheart”
To order memorial trees or send flowers to the family in memory of John Philip Beatty, please visit our flower store.