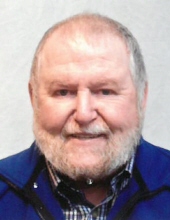 Ken R. Moran, age 74, of Oshkosh, passed away on May 27, 2020 after a rapid decline from CHF.
Ken was born in Memphis, TN to Ray and Jesse (Zaricor) Moran on August 1, 1945. He was a HAM radio operator at age 10. He attended Christian Brothers High School, then graduated from Memphis State University. He was a music major, and played in the university band, the Memphis Symphony, and several garage bands, such as The Jesters and The Gentrys. Ken specialized in trumpet and French horn, often playing commercial jingles in a studio. As a young man, he worked unloading banana boats in New Orleans, and for Bell South as a lineman. He was a motocross and drag racer in Memphis. He particularly enjoyed accepting hot car challenges for cash out on the back roads, often leaving competitors in the dust. Ken also was an avid hunter and water skier.
He enlisted in the Air Force and was honorably discharged as a Master Sgt. Leaving music as a career, he became a manager for Bama Foods and later became a Cudahy Cheese Plant Manager. He was transferred to Fond du Lac WI in 1979 and became owner of Wisconsin Cheese Co. Following the closure of his business, he started Pioneer Computer and in 1994 was hired as Senior Network Specialist for the city of Fond du Lac from which he retired in 2007. On September 8, 1996, Ken married Connie Habighorst In Oshkosh, WI after discovering a mutual love of Harleys. Ken held many offices for Bob’s HD HOG Chapter in Fond du Lac, as well as WI State HOG rallies. Riding and fundraising filled Ken’s, life, until he was no longer able to ride due to chronic health issues in 2008. In retirement, Ken developed interests in photography, guitar, harmonica, and other instruments. Over the past 25 years, Ken was plagued by numerous health issues, but fought bravely with help of his private duty nurse Connie. He held deep pride and love his son Ken Jr. and his family.
Ken is survived by his wife Connie, son Ken Moran Jr. granddaughter Kelly (Brady) NorthLee, grandsons Zachary and Andrew Moran, great-granddaughter Blaire NorthLee, sister-in-law Carol Habighorst, brothers-in-law Dan (Barbara Ennis) Habighorst, Dr. Richard (Martha Swanson) Habighorst, favorite aunt Catherine Richardson, whom Ken adored, and numerous cousins, nieces, nephews and many friends here and in Memphis.
Ken was preceded in death by his parents, stillborn sister, step-mother Margaret Moran, father-in-law and mother-in-law Fred and Freida Habighorst, brother-in-law Lee Habighorst, and sister-in-law Dodie Habighorst.
Memorials may be made in Ken’s name to a charity of your choice. Ken’s family wishes to extend our sincerest thanks to Dr. Steven Blaha for keeping the “big guy” going for so many years with so much concern and dedication. You and LuAnn rock and are truly loved and respected. Many thanks to the Theda Care staff and Theda Care at Home Hospice. We didn’t know you long, but you gave great comfort to our family.
Per Ken’s wishes, he will be cremated but no services will be held. When it is safe to gather, we will celebrate Ken’s life appropriately. Until then, please make a toast in his honor.
To order memorial trees or send flowers to the family in memory of Ken Ray Moran, please visit our flower store.