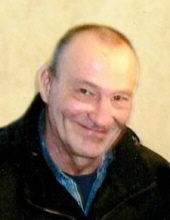 Michael enjoyed his family, fishing, The Packers, Brewers, camping and NASCAR.
Michael was Marine in the United States Military and served his country with great honor.

Michael was preceded in death by his mother Patricia (O'Lauthlin) Plante.

We would like to thank the nursing staff at Rennes, and ThedaCare. A special thank you to Dawn an RN at ThedaCare for being so kind and caring to everyone during this time. And thank you to our Special Friend Monica.

Online condolences may be expressed at www.hovcremation.com
To order memorial trees or send flowers to the family in memory of Michael H. Plante, please visit our flower store.