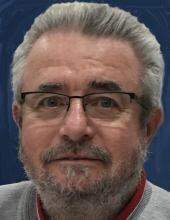 Michael John Laundrie, Age 73 years of Crivitz WI passed away unexpectedly on September 26, 2019 in his home. He was born July 19, 1946 in Green Bay WI to Douglas and Vivian Laundrie (McClone). Graduate of Premontre High School Class of 1965. Michael enlisted in the US Army following high school and was stationed at the Panama Canal until 1967 and honorably discharged in 1972. He worked at Georgia Pacific in Green Bay at the wastewater treatment plant, before moving up north, for retirement.

Michael enjoyed spending time with Stacy and John as well as their children Ella, Evan, and Ethan. He was proud to attend all school activities and performances his grandchildren participated in. He enjoyed travelling with his daughter and grandchildren, although, he needed a break after it. His favorite pass times were hunting and fishing at his home. Michael was an avid sportsman who hunted and fished. He enjoyed watching and attending football games and NASCAR races.

Michael is survived by his daughter Stacy (John) Mingori, a sister Lee (Bob) Mundeliu s and their family, a brother Doug Laundrie and his family.

A memorial service is to be held at a later date.

In lieu of flowers, a memorial fund in Michael’s name will be established.
To order memorial trees or send flowers to the family in memory of Michael John Laundrie, please visit our flower store.