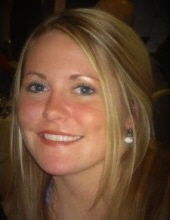 Molly A. Maher, 31, of Oshkosh, passed away on Monday, September 10, 2018, at Froedtert Hospital, Milwaukee after many months of battling liver disease. Molly was born on December 6, 1986, in Livonia, MI to Michael Maher and Anne (Fitzgerald) Maher Scott. Molly moved with her family to Neenah in 1998. She graduated from Neenah High School in 2005 and received her Bachelor’s Degree from the University of Wisconsin- Oshkosh in December of 2009.

Anyone that knew Molly knew that she was small in stature, but she was fierce. Her smile could light up a room. Molly loved to socialize and spent much of her time with family, friends and co-workers doing just that! She will be greatly missed by many.

Molly was preceded in death by her father: Michael R. Maher; grandparents: Daniel and Patricia Fitzgerald, Richard and Delores Maher, and Peter Scott.

The family wishes to extend a special thank you to the staff at Froedtert Hospital Transplant ICU and to all our family and friends who have offered their prayers and support during the many weeks Molly was hospitalized.
To order memorial trees or send flowers to the family in memory of Molly Anne Maher, please visit our flower store.