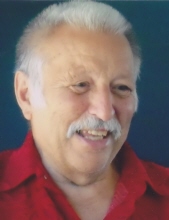 Morey worked various jobs including Roundy’s, Jack’s Pizza, YMCA downtown Appleton, and the Village of Harrison, where he made many friends and loved to share his jokes and candy.

A Memorial Fund in Morey’s name will be established.
To order memorial trees or send flowers to the family in memory of Morris "Morey" Naumann, please visit our flower store.