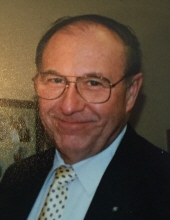 Dr. Robert Lewis Dernlan, age 87, passed away peacefully in his sleep on December 12, 2018 at Country Villa Assisted Living in Freedom, Wisconsin. He has joined his beloved wife Norma in Heaven with Jesus Christ, his Lord and Savior.

Robert was born on February 4, 1931 in Toledo, Ohio to Ernest and Hazel Deranleau, and worked for the family oil business. He graduated from Swanton High School and continued his education with a pre-medical degree at the University of Toledo, medical school in Cincinnati, OH, surgical training at the Marine Hospital of Baltimore, MD, and the US Public Health Service, both in Baltimore and Seattle. He married Norma Arlene Roth on December 28, 1954. After his Public Health Service in Seattle, he entered private practice back in Ohio. He and his family then moved to join the Manitowoc Clinic in Manitowoc, Wisconsin in 1967, where he practiced until his retirement. He and Norma later moved their residence to Florida. He spent his life helping others, and will always be remembered for his gentle and kind spirit, as a faithful family man and a hard-working dedicated surgeon, in addition to his amazing magic shows and drumming skills!

A memorial service is scheduled for 11:00 am on Saturday, January 12th at Faith Church, 2201 S. 42nd Street, Manitowoc, Wisconsin with a reception to follow. In lieu of flowers, please consider giving to The Gideons International and organizations that support Alzheimer’s research (The Fisher Center for Alzheimer's Research Foundation) and Cancer research (Mayo Clinic Cancer Center, and American Cancer Society).
To order memorial trees or send flowers to the family in memory of Robert L. Dernlan, MD, please visit our flower store.