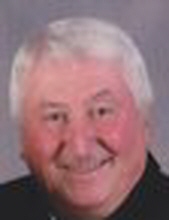 Terry “Boomer” Blaske of Oshkosh, passed away on June 17, 2020 at Aurora Medical Center. He was born on December 16, 1947 to Gilbert L. and LaRue J. (nee Hammond) Blaske in Oshkosh, Wisconsin. He spent his entire life in Oshkosh, graduating from Oshkosh West High School in 1967.

He served in the 5th Mechanized Infantry of the Army during the Vietnam War (1968 – 1969) where he was awarded commendation medals including the Bronze Star. Upon his return from service, he was employed as a service technician for Coca Cola Bottling Company of Oshkosh for 33 years. He further worked part-time in maintenance for Innovative Machine Co., Neenah, Wisconsin until his retirement in 2017.

He is preceded in death by his parents, grandparents, in-laws and other family members.

Being an avid hunter his whole life, he was an active member of Ducks Unlimited and Whitetails of Oshkosh. He looked forward to each hunting season which was spent in his cabin in Adams County. He will be greatly missed by his nephew, Jim Kitchen of Oshkosh and his hunting buddies, Steve Hafemeister of Pickett and Steve Krumenauer of Oshkosh who enjoyed many years together on the hunt. Terry further enjoyed hunting at Rush Lake with his cousin, Duane Foote. He was noted for his over-the-top culinary meals prepared for his fellow hunters.

A Celebration of Life will be held on June 30, 2020 at Lake View Memorial Chapel/Mausoleum, 2786 Algoma Blvd., Oshkosh, Wisconsin from 11:00 to 1:00 with catered food and Military Honors at 1:00 at the gravesite.
To order memorial trees or send flowers to the family in memory of Terry Wayne Blaske, please visit our flower store.