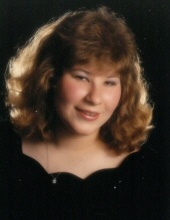 Angela Jean Romagnoli, of Appleton, passed away unexpectedly at her home on November 9, 2021, at the age of 45. Angela was born on February 27, 1976, to Dennis and Judy (Kolakowski) Romagnoli in Fond du Lac, WI.

Angela graduated from Hortonville High School and was employed at Copps Food Center. Angela enjoyed spending time with her picking apples and tomatoes from the family garden and cheering on the Green Bay Packers.

Angela will be laid to rest on Wednesday December 1st at 1:00 PM at St. John’s Cemetery on Valley Road.
To order memorial trees or send flowers to the family in memory of Angela Jean Romagnoli, please visit our flower store.