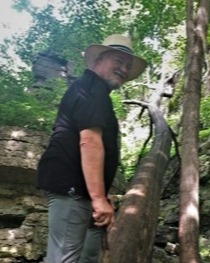 Bruce V. Buelow, 64, a long-time resident of the Hilbert area passed away at his home surrounded by family on November 6, 2022 after a long battle with cancer. Born on November 20, 1957, in Chilton, Wisconsin, he is the son of Roy and Janice (Burg) Buelow.

Bruce grew up and lived in the Hilbert area his entire life. He attended Hilbert High School, where he participated in wrestling and football. He graduated from Hilbert class of 1976. When told he needed to learn certain school subjects, Bruce’s response was that he would marry someone who could do those things. He did just that when he married Julie (Gehl) on August 26, 1978. Together they went on to raise their 3 children. Bruce was always learning new things and was fearless in his endeavors, becoming a jack of all trades. His passion for construction started when he was a teenager working for Tom Hemauer building houses. Though he worked many years at Brillion Iron Works and Neenah foundry, Bruce enjoyed the construction industry so much, he followed his dreams and started his own company with wife Julie. He often applied his craft to his own home, with many renovations over the years. After many attempts in all the places he lived with his family, he fulfilled a lifelong dream of having a family pool. He also enjoyed traveling, sailing on lake Winnebago, camping, driving, hiking and loved being a grandpa. He spent a few of his later years driving semis and eventually retired from delivering pharmaceuticals. He often spoke of the different companies he visited and what he saw. He enjoyed spending time with family, friends and especially his grandchildren. He was a loyal, loving and supportive husband, father, and friend. He had a huge heart, a great sense of humor and he always had a story to tell. Bruce will be, and already is, greatly missed by his family and all who have crossed paths with him in his lifetime.

A family gathering celebrating his life will be held on his birthday at 2:00 PM, Sunday, November 20, 2022, at the Paper Valley Hotel in Appleton, Wisconsin in the Evergreen room.

To order memorial trees or send flowers to the family in memory of Bruce V. Buelow, please visit our flower store.