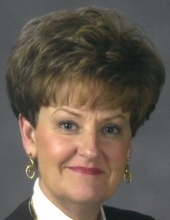 Candace retired from Kimberly Clark in 2006 with over 25 years of service. She loved to crochet. She would make a blanket for anyone and specialize it to their taste.

Candace was never far from Shadow, her dog and best friend. They truly adored one another. Shadow will miss you dearly.

We would also like to thank the Hospice nurses who took care of Candace at Cherry Meadows, especially Lou who made it all happen.

Going against traditional ways, our Mother decided to be cremated and stated she did not want a funeral or showing. Although we did not agree, those were Candace's wishes and we should respect her decision.
To order memorial trees or send flowers to the family in memory of Candace Winnett, please visit our flower store.