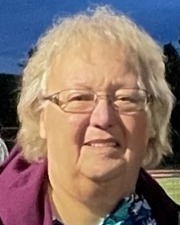 Carol was always artistic.  Later in life she began seriously painting in watercolors and other mediums.  She taught art classes and workshops in the Appleton area.  She had a lifelong love and commitment to animals and had many dogs, cats, and birds as pets.  Carol was outgoing, friendly, and could be quite the chatterbox.

To order memorial trees or send flowers to the family in memory of Carol J. Derks, please visit our flower store.