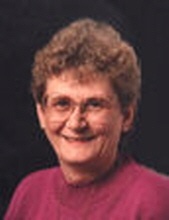 Carole Anne Plenge, age 81, passed away peacefully on November 29, 2019. She was born on February 11, 1938 in Nekoosa, Wisconsin, daughter to the late Romeo C. and Jessie J. (Wright) Plenge. Carole attended Lincoln High School in Wisconsin Rapids, and graduated in 1955. She loved writing for her school newspaper with many contributions to The Wisconsin Rapids Daily Tribune. In August of 1955 she married Norbert J. Szafranek and were blessed with three wonderful children.

During her life she was employed as a switch board operator in the Wisconsin Rapids area and in 1970 relocated to the Fox Cities. She later took a job with The State of Wisconsin Job Service, advancing to Unemployment, and then transferred to Corrections until her retirement in 1996. During her time with the State she was awarded numerous performance accolades for going above and beyond her job duties as she loved helping people.

During her free time Carole loved to volunteer at the Senior Centers of Menasha and Appleton, receiving various honorable mentions and awards for outstanding volunteerism. She also loved puzzles and was known for always having one going on a side table.

She was preceded in death by her parents; a sister Margaret Aileen Plenge, and a stillborn son, James Donald Szafranek.

The family would like to express their deep gratitude and thanks to the caring staff of Living Tree Estates in Greenville and Southern Care Hospice for their kind and compassionate care of their Mom.
To order memorial trees or send flowers to the family in memory of Carole Anne Plenge, please visit our flower store.