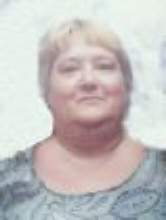 Charleen Ann Rieckmann, age 55, lost her life on April 12, 2016 after battling multiple cancers over the years. She began fighting her battle with breast cancer in 2006 when she had a full removal of her breast on one side and continued to fight all the way up until 2016 being the strongest person we have ever seen. She was born on January 20, 1961 to Phyllis (Tiedt) and Orvin Rieckmann.

When her daughter Kassidy and her husband Dustin got pregnant with their son Kastin she was very excited to become a grandma and knew nothing would stop her from meeting him. A few months later she found out her oldest son Zach and girlfriend Krystal were expecting a boy Zayden as well; she continued to fight for her life for these little boys. In January of 2016 she suffered a horrible fall on a cold icy morning and was rushed to the emergency room and was given a scan of her brain which found brain cancer; radiation and chemotherapy followed. Nevertheless, she wasn't giving up when the doctor told her she had six months to live. She lived life to the fullest with her three kids and two grandchildren by her side who she adored. She enjoyed trips to Wisconsin Dells with her three kids and even took her grandson Zayden and his family a year ago.

Charleen also enjoyed shopping with her daughter, lunches over the years with special friends Dawn and Cheryl for margaritas. She also enjoyed taking care of her garden and planting flowers and decorating her house with tropical and Moroccan decor. Charleen will now be living in peace with her little brother Jay whom she played with growing up and her amazing parents.

Charleen was preceded in death by her Mother Phyllis and Father Orvin; brother, Jerome Rieckmann, and brother-in-law, Bob Leibold.

The family would like to give a special thanks to the hospice staff, Nurse Millie who would check up on her every day, the Copps Pharmacy, AMC Cancer Center( Doctors Goggins and Barliff), and family friends that were there throughout her life. She was a big hearted woman who would help out anyone that needed a place to stay or a meal in their stomach.