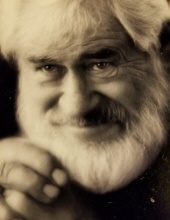 Charles John Kilishek (Bucky) of Menasha, WI, passed away at age 84 peacefully on Saturday, April 20, 2019, at Oakridge Gardens Nursing home. He was born October 17, 1934 to Charles Thomas and Dorothy Louise (Eggert) Kilishek. He has three brothers Gary (Jean) deceased, Dennis (Jean) and William (Jeanne). After high school he proudly served his country with the US Air Force. He was stationed in Guam and then Texas where he met the love of his life Martha (Skinner). The two married October 1, 1957. He worked in the paper industry in addition to starting his taxidermy studio. In 1968 they bought an old farm house and restored it which is now known as Bucky's Taxidermy and Reproductions.

Bucky was a charter member and lobbyist of the Wisconsin Wildlife Federation, Ducks Unlimited, Shadows of the Wolf, Sturgeons for Tomorrow, Wisconsin Trappers Association and various hunting and sporting clubs.

He was a loyal husband, loving father, the best grandfather and good friend to many. He is survived by his wife Martha, three children, Joe (Vickie), Tim (Todd), and Karin, three grandchildren, Jacob, Kali (Alex) and John and one great granddaughter Miranda.

He was a legend in his own time.
“Well Done”
To order memorial trees or send flowers to the family in memory of Charles John Kilishek, please visit our flower store.