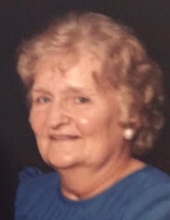 Charlotte Marie Besch, of Appleton Wisconsin, went to be with the Lord peacefully, with her family at her side, on January 21, 2021. Charlotte was born on March 6, 1928 to Emil and Lydia Lund in Oconto Falls, Wisconsin. Charlotte was raised in the depression-era and quickly learned the value of hard work and helping others. This was demonstrated by a variety of jobs early in her life, focused on humbly serving others.

While working at the Fox River Knitting Mill, she met the love of her life, Donald “Bud” Besch. After dating for couple years, they were married on November 6, 1948 at Emmanuel Evangelical United Brethren. Both Char’s and Bud’s life changed when they attended a Billy Graham Crusade together. There, they met the Lord of Lords - Jesus Christ and received him as their personal Savior.

From then on both of their lives took on a new richness which showed in all they did and affected countless others. Charlotte was known for her gentle demeanor and being sweet, humble, slow to speak and never wanting attention for herself. Everywhere she went, Charlotte beamed with the love of Christ to those around her.

In the 1960’s Char and Bud took on a new adventure, and purchased the Restwell Motel in Fond du Lac, Wisconsin. There they lived and operated it for 20 years. During that time, they continued to make life-long friendships with those in the community and those who stayed at their motel.

Then, after 17 years of marriage, and after nearly giving up hope for a child, they were blessed with their only child, Lisa L. Besch (O’Bre). Charlotte juggled being a wife, mother and business owner during the week and on Sundays, faithfully served at church, teaching Sunday school at Assembly of God church in Fond du Lac and New London. Her brother-in-law David Besch pastored The Tabernacle of Praise Church in Medina, Wisconsin, where she delighted
in playing the organ.

Later, in 1981, Char and Bud sold the motel and moved back to Appleton. Charlotte and Bud became avid mall walkers at the Fox River Mall where they developed friends and shared their faith. The other great joy in their life was their only grandson Noah O’Bre. Charlotte and Bud spent countless hours caring for him and patiently playing legos and soldiers. Charlotte’s pride grew and grew as Noah went from a being child to growing into a United States Marine.

Charlotte’s life changed on August 31, 2015 when her husband of 66 years passed away. She lived alone for several years until health issues began limiting her mobility but not her spirit. She moved in with her daughter and son-in-law where she settled in and loved being with her family. During that time her health declined but her loving demeanor did not.

Charlotte’s health continued to deteriorate and on January 21, 2021, with her family at her side, Charlotte passed away peacefully. Charlotte’s faith never wavered in her Lord Jesus Christ as she confidently spoke of “walking on streets of gold”.

Charlotte is survived by her daughter Lisa L. O’Bre and son-in-law Shaun; grandson Noah; sisters-in-law Merlene Besch and Bernice Besch and many wonderful nieces and nephews.

Char was preceded in death by her parents, Emil and Lydia Lund, brothers Robert (Rose), Donald (Margaret), and Leonard; an infant sister, a sister Joyce, a sister-in-law Bertha Duncan, and brothers-in-law Robert Besch and David Besch.

Charlotte continued to be quiet and humble to the end, opting for a private burial over a “fancy” funeral as she did not want the attention for herself. So, the service and burial will be for immediate family only.
To order memorial trees or send flowers to the family in memory of Charlotte M. Besch, please visit our flower store.