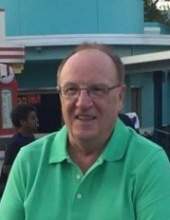 He was born on December 11, 1941 to Chester T. and Pauline (Schmitt) Jensen in Marshfield, Wisconsin. He was a graduate of Marshfield High School and University of Wisconsin – Stout. While attending Stout, he met his future wife. Chester and Roberta (Tillotson) were united in marriage on October 2, 1965 in the Grotto Garden at Rudolph, Wisconsin. Chet’s entire professional career was at Fox Valley Technical College teaching Mechanical Design there for 36 years. After retiring he continued to work for Kohl’s Department Store in Neenah for 15 years, and was an enthusiastic volunteer for many organizations that benefited the lives of children.

Chet was a dedicated husband, father, and grandpa. He was famous for his baking skills and shared his culinary delights with family and friends. He used his boyhood knowledge of farming to produce fruits and vegetables as well as gorgeous flowers in his garden. He was a proud grandpa and shared his time and talents with his children and grandchildren. He enjoyed traveling and counted Disney World and Door County as his two favorite vacation places.

He will be missed by his wife Roberta, his three children: Heidi (Jud) Barr, Des Moines, Iowa; Patrick (Lisa) Jensen, Neenah; and Emily (Brad) Rasmussen, Neenah; 9 grandchildren: Misha and Lena Barr; Allison, Haley, Nicholas, Nathan, and Natalie Jensen; and Owen and Kate Rasmussen. He is further survived by a brother, Jerry (Lucille) Jensen, Marshfield and a sister, Ruth Weber, Marshfield, sisters- in- law, Annette Jensen and Lois Mostue. He was preceded in death by his parents, brother, Ronald, and brothers in law, Jerry Weber and Telford Mostue.

In accordance with his Chet’s wishes, there will be no funeral service. He preferred to have people remember all the good times he shared with everyone. We will all remember his quick wit and hearty laugh. A memorial has been established in Chet’s name.

The family wishes to express their thanks to the doctors and nurses at Theda Care Regional Medical Center for their loving and professional care.
To order memorial trees or send flowers to the family in memory of Chester A. Jensen, please visit our flower store.