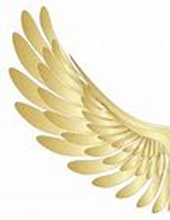 Christopher L. Stanton, age 70, of Waupaca, went to Jesus on Thursday, February 22, 2018. He was born on March 21, 1947, at Theda Clark hospital in Neenah, WI, to William “Bud” and Gladys (Klinker) Stanton. He was the oldest of eleven children and raised in Menasha, WI.

Upon his graduation from Menasha High School, where he lettered on the swim and dive team, he joined the United States Navy. He served his country for 10 years with honor and received the National Defense Service Medal. He followed this with a lengthy career in law enforcement and K-9 training.

During his service in the Navy, he met his wife and soulmate of almost 48 years, June, while riding broncos at a rodeo. He literally fell at her feet. Together they adventured through life and created their four children to join the fun and journey.
His is survived by the love of his life: June; daughter: Nakwisi; sons: Bill (Trish), Steve, Tye (Heather), and adopted children: Stephanie Baskett and Reggie Meshigaud; sixteen grandchildren, four great grandchildren and several honorary kids; nine brothers and sisters along with their spouses, children and grandchildren.

Waiting to welcome him home are his parents: Bud and Gladys; his sister: Maureen and her husband Ron Fluette; his beloved sister-in-law Betty; and his lifelong friend: Greg Eversen.
A celebration of life will take place on Saturday, March 3, 2018, at Calvary Bible Church, 1045 Oakridge Rd, from noon until military honors at 2:00 p.m.

The family would like to express their deep gratitude to the 4th floor nursing staff at St. Elizabeth Hospital, especially Katie. Thank you ladies, always in our hearts!
To order memorial trees or send flowers to the family in memory of Christopher L. Stanton, please visit our flower store.