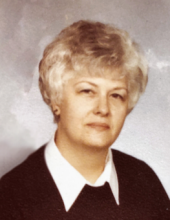 Cleo was born April 27, 1939 in Kingsland, Georgia to Dolly Murphy (Hendrix) and raised by her step-mother Norma Jean Smith.

At age 82, she transcended peacefully into heaven to be with her Maker on August 28, 2021 with family by her side. God orchestrated His plan and timing so beautifully bringing His child home while holding her family in His arms.

While employed at Briggs + Stratton Cleo met her future husband Elmer (Al) Frederick Hebbe. They later married on November 27, 1965 at St. Peter’s Lutheran Church in Milwaukee, Wisconsin. She later began an 8 1/2 year career with McDonalds as a waitress / hostess and was soon promoted to Community Relations representative.

An avid crafter, Cleo loved creating and decorating items for charities in her community as well as for her family and friends. Reading, writing, music, theater and classic movies were some of her favorite pastimes. She also was proud of her faith and attended churches in both Milwaukee and Neenah.

She is survived by her loving husband of 55 years, Elmer (Al) Hebbe, her children, Stacci (James) Tuchscherer and Stevin (Cheryl) Hebbe, grandchildren, MiKayla Kunde, Carson (Lauren) Tuchscherer. She is also loved and remembered by her half-sister Gail Garcia (Smith).

In keeping with Cleo’s wishes, there will be no funeral services.

In lieu of flowers, the family asks that you hug and spend time with your loved ones.

“Happy trails to you, until we meet again.”
To order memorial trees or send flowers to the family in memory of Cleo P Hebbe, please visit our flower store.