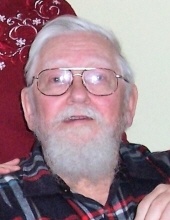 Daddy: A Tribute to Our Father

Danlee E. Timm, 79, died of complications following a short illness on July 18, 2017. He passed peacefully in the presence of loving family at St. Elizabeth Hospital. Danlee grew up and devotedly supported and raised his family in the Oshkosh/Ripon area. He was preceded in death by his parents, Oscar and Jane, stepmother Lillian, and sister Marilyn. He is survived by his wife, Dolores, daughters Debra and Brenda, brothers Ralph and Arden, and all of their respective families.

There are so very many things we could share about our dad,
but these are some highlights and just a few of our most fond memories…

Danlee was a loving husband to our mom, Dolores. Married on September 2, 1960, they shared 56+ wedded years – but knew each other for over 70, having grown up next door to each other. He faithfully remembered their anniversary, her birthday and various holidays, and would often take her out to dinner. He took the time to pick out just the right card for the occasion. He would also occasionally surprise her with some small gift for no particular reason. He made sure that she knew how to handle the household finances, and once they both learned to drive, taught her the basics of how a car worked – which came in handy as our ‘seasoned’ cars often got finicky. He was creative and very handy, so, for example, when Dolores fell and fractured her leg one winter and crutches were not an option, Danlee rigged up a lawn chair on a sled to pull her around so she could still enjoy her weekends at the cabin.

When Danlee was in high school, he found a love of tennis, and he became so proficient at it that he won several trophies, including city-wide tournaments. While working at the Buckstaff Company, he enjoyed playing in the Monday night Industrial League softball games. After moving to Ripon, he joined the Over-40 League for softball, and found a partner to keep his tennis skills sharp. He also tried his hand at golf for a while. He was very mechanically adept, and was always fixing or fiddling with something. He also had carpentry skills, and with the help of his father-in-law, built a small cabin on wooded land that Dolores’ parents had bought for vacations and weekend getaways.

Danlee deeply loved and helped raise two daughters: Debra and Brenda. Even though he was raised in an era where gender roles were clearly defined, Danlee made sure that his daughters knew that there was nothing they couldn't do and no one they couldn't be just because they were girls. While they both got their share of frilly dresses, Barbie dolls and stuffed animals, he also got them Matchbox cars, tennis rackets and junior tool box sets, making sure they knew the names of most tools and how to use them. He taught them how to fish, hunt worms, play catch, fly kites, make and fly paper airplanes, bat and catch a ball and play tennis. He showed them how to take a block of wood, a pop tab from a pop can and a toothpick and create a miniature sailboat. And he gave them real-world skills, such as having Debra help put up a fence around a garden by helping dig holes and pound staples to attach fencing to posts, and having Brenda help re-roof the garage – tasks they eagerly embraced.

Danlee believed that the simplest things in life were the best, so while other kids got expensive toys and games, his daughters played “find the pen cap,” “hotter/colder” and many other games involving creativity and problem-solving. He also flooded the back yard one year during the winter and built a small ramp so his daughters could use their runner sled. Danlee also had a great singing voice, and fond memories include sitting around the 8-track tape player together, singing along to The Best of Peter, Paul and Mary and others.

Danlee had a great sense of humor, was known both for his shrewd wit as well as the frequent “groaner,” and could find humor in most everything. He rarely swore, so whenever something bad or frustrating happened, his go-to word was “sheesh.” You could tell exactly what he was feeling just by the tone and inflection he used with that single word. And he wasn't above teaming up with either or both of his night-owl daughters to play some kind of playful prank at Dolores’ expense, usually at night while she was trying to sleep. Overall, he was an intelligent, talented, funny and caring man who worked hard (often multiple jobs) to support his family… and he will be greatly missed by all who knew him.
To order memorial trees or send flowers to the family in memory of Danlee Edward Timm, please visit our flower store.