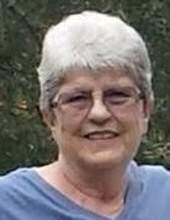 Darlene grew up in Appleton Wisconsin, and moved to Manawa where she graduated high school in 1963. She met Raymond Yohr where they married in 1963. Darlene and Raymond had four children and raised them in Appleton, Wisconsin. They were married for 22 years until they divorced and remained very close friends. Darlene met and married her loving and devoted husband, Dennis Combs in 1986. They just celebrated their 31st wedding anniversary in April of 2017. Darlene worked at Schenck Business Solutions for 23 years where she retired in 2011. Darlene enjoyed playing the organ, planting flowers, bowling, and golfing. She even managed to harvest a deer with a bow.

Darlene was an inspirational figure to her family, friends, and her pet cockatoo Skeeter. She will be greatly missed. Flowers are certainly welcomed, and donation can also be made at the Lung Cancer Research Foundation in Darlene’s honor at https://www.lungcancerresearchfoundation.org/support-us/give-in-tribute.

Services will be held at Faith Lutheran Church at 601 E Glendale Ave, Appleton, WI Saturday October 28th. The family will greet relatives and friends beginning at 9:30 AM until the funeral service at 11:00 AM. The family would like to thank the nursing staff and doctors in the ICU at ThedaCare Hospital for all their support and compassionate care.
To order memorial trees or send flowers to the family in memory of Darlene E. Combs, please visit our flower store.