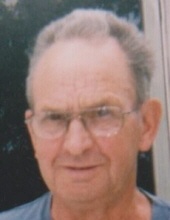 Darrell J. Williams, 78 years, passed away May 28, 2019 at Emerald Valley Assisted Living in Appleton, Wisconsin. He was born November 18, 1940 in the Town of Little Black, Wisconsin in Taylor County to Martin and Selma Williams (Ludwig). Darrell was hard worker and mechanically inclined. He worked at a cheese factory, owned a gas station and was a stock car racer at Wisconsin International Raceway and Golden Sands in Plover, Wisconsin. He put his mechanical talents to work with Boldt Construction and retired in 2006. Darrell loved to take family and friends for fishing trips on Lake Michigan. He has a former wife Zayna Williams, the mother of their children, and his second wife Janet Williams who passed in October of 2017.

Private services to be held at a later date.

Special thank you to the staffs of Emerald Valley Assisted Living and Heartland Hospice, especially Lisa and Karen for their professional and loving care of Darrell.
To order memorial trees or send flowers to the family in memory of Darrell J Williams, please visit our flower store.