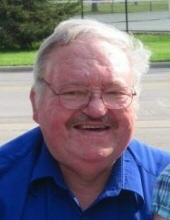 David Duane Foreman, 68, of Hortonville, passed away peacefully in his sleep on Friday, August 6, 2021 surrounded by family. David was born on September 14, 1952, to Gordon and Sally (Lovaas) Foreman in Watford City, ND; the oldest of six children. He grew up on the family farm in Rural Keene, ND. He graduated valedictorian from Mandaree High School in 1971. After high school he worked as an auto mechanic at S and S Motors in Watford City. In 1990 he went to Thief River Falls, MN to attend aviation school. Upon graduating in 1992 he relocated to Oshkosh, WI to work at Basler Turbo Conversions where he worked until retiring in 2018. David married his loving wife, Margene Emrich-Wallenfang on April 19, 1998.

He was preceded in death by his parents Gordon and Sally Foreman; sister Nita Foreman, and nephew Kelly Foreman.

A memorial service will be held at 12:00pm, Sunday August 15, 2021, at the Fox Valley Seventh Day Adventist Church 265 S Green Bay Rd, Neenah, WI 54956. Friends and family may gather at the church starting at 10:00 am until the hour of service. Burial will take place at Highland Memorial Park in Appleton, WI.

We would like the thank the medical staff at Theda Care Medical Center for their care of David in his final days
To order memorial trees or send flowers to the family in memory of David D Foreman, please visit our flower store.