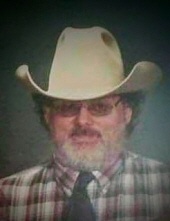 David Lee Enyart died unexpectedly and quickly on Monday, July 6, 2020, at the age of 57. David was born in Jackson, Michigan on December 26, 1962, to Delbert and Nancy (Tyus) Enyart. David had two brothers and three sisters: brothers Michael Pearson and Ricky Enyart; sisters Brenda, Mary, and Karen (deceased). David is survived by his wife Amy.

Over the years David lived in Michigan, California, Florida, and Wisconsin.

David enjoyed professional wrestling and his favorite singer was Buddy Holly, but he met the love of his life in Florida, Amy Miller. David always stated that God led him to Amy and on September 15, 2003, David and Amy were married before a justice of the peace in Marianna, Florida.

Amy brought David to Wisconsin. David starting riding the church bus in order to go to The Storehouse Food Pantry at Apostolic Truth Church. Soon he was attending the church service and worshiping the Lord. David saw the truth of Acts 2:38 and was baptized in Jesus name. On the first anniversary of their marriage David and Amy renewed their vows in a ceremony presided over by the Reverend Ronald Turner.

David had many severe medical issues but always had a ready smile and a happy disposition. He cared about those who were caring for him. David wanted to make their day a little brighter. He had learned that whatever situation he was in therewith to be content. David would want everyone to know: “God so loved the world that He gave His only begotten Son, that whosoever believeth in Him should not perish but have everlasting life.” John 3:16
To order memorial trees or send flowers to the family in memory of David Lee Enyart, please visit our flower store.