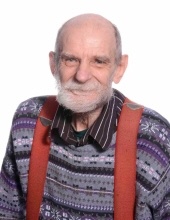 David Paul Fetzer, age 78, fell asleep in the arms of Jesus on Friday July 23, 2021 in Appleton WI. David was born on Dec. 25,1942 in Milwaukee to George & Stella (Bolcerek) Fetzer. He graduated from Milwaukee West Division High School. He also attended Milw Tech College, receiving a certificate in Automotive work.
David felt called to preach & got his ministerial certificate. He traveled around the country with Native American friends, Fred & Betty Hanselman as they ministered together. From the mid 60's to the mid 70's, David was involved in black churches in Milw. where he preached, played guitar & sang.

A celebration of David's life will be held on Weds. Aug 11 @ Breakthrough Covenant Church, 215 E Washington St., Appleton, WI 54911. Visitation will be held from 12-2 pm followed by a service @ 2pm. Desserts (David's favorite) will be served from 12-3.
To order memorial trees or send flowers to the family in memory of David Paul Fetzer, please visit our flower store.