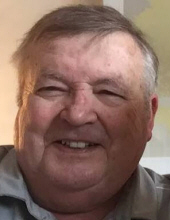 Dennis Earl Miller, a resident of Appleton, Wisconsin, and formerly of Indianapolis, Indiana, passed away on November 18, 2019 at ThedaCare Medical Center in Appleton, at the age of 72 years.

Dennis Miller was deeply loved and will be missed by his family and friends. Dennis was born July 29, 1947 from the union of Earl and Henrietta (Ley) Miller. He graduated from Southport High School in Indianapolis in 1965. Dennis Miller served honorably in Vietnam during 1968 and 1969, receiving a Bronze Star, and other medals and commendations. On May 8, 1970 he was joined in Holy Matrimony with Karen Sue Partlow. Due to a promotion at work, Dennis and Karen moved to Wisconsin in the mid 1970’s. Dennis enjoyed a later career as a Rural Route Carrier with the Pulaski, Wisconsin Post Office until his retirement in 2014. Dennis enjoyed talking politics, listening to Rush Limbaugh, and of course the Packers. He used to be an avid bowler in his younger years. Dennis always enjoyed the Miller/Ley family reunions and travelling back to Indiana. Every trip included nostalgic drives around Indianapolis as he played tour guide. Most importantly, Dennis was a kind and thoughtful man and reflected his love and care for his family with food and fellowship. His greatest expression of love was his absolute commitment to taking care of his wife of 34 years, Karen, as she battled ALS. Karen Sue (Partlow) Miller died in 2004. Dennis enjoyed spending time with his children and grandchildren in Illinois and Wisconsin. He gave his family many memories of going to Bay Beach, Door County, and Rib Mountain. His grandchildren are fond of their time bowling, fishing, and his gracious attendance at Chuck E Cheese.

Dennis married his second wife, Gail Glovka, on November, 9, 2012. Dennis and Gail enjoyed spending time at Gail’s family cabin “up north”. Dennis was fond of Gail’s children and grandchildren, and spent many hours following their sporting events. Dennis was very thankful for his stepson-in-law Craig Schlavensky’s arrangement of his Honor Flight. It was a trip of a lifetime for him, and he spoke about it often.

A memorial service for Dennis will be held at 2:00 PM on Saturday, November 30, 2019 at Flanner Buchanan Hill Floral Park, located at 425 N. Holt Road in Indianapolis. Family and friends are welcome to gather at Flanner Buchanan on Saturday, November 30, from 12:00 PM until the time of the service. Burial will follow.
To order memorial trees or send flowers to the family in memory of Dennis E. Miller, please visit our flower store.