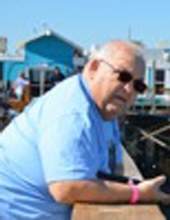 Dennis was born January 30, 1942, in South Amboy, NJ, the son of Theodore and Mildred (Bright) Beshada. He grew up in South Amboy, NJ, and met Thelma at Southland Bible Institute, formerly in Pikeville, KY. They were married on March 31, 1962 in South River, New Jersey. They worked in ministry in WV from 1965-1967, before moving to Fond du Lac, where they lived until 1985. Dennis worked at Wells Manufacturing short of 20 years. They lived in Stanton, MI until 2009, before moving to Brillion, WI. Dennis enjoyed spending time with his family and friends, working on automobiles, hunting, and fishing, but most of all he loved his grandchildren.
To order memorial trees or send flowers to the family in memory of Dennis T. Beshada, please visit our flower store.