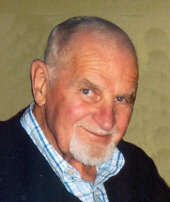 Donald enjoyed traveling, tinkering with computers, and family games like dice, cards and dominoes. In his younger days he enjoyed bowling and darts. Donald was a devoted Christian who loved working with the church. He was always bringing a smile to everyone's face and was a loving husband, father, brother, grandfather, great-grandfather, uncle and friend. He served in the Army in Germany from 1957-1959. After retirement he moved with his wife to Yuma, AZ until they returned home to be with their family.

The family would like to give a special thanks to the amazing staff at Willow Lane Assisted Living, Matthews of Appleton Senior Living and Compassus Hospice Care for their care throughout the last two years of Donald's life.