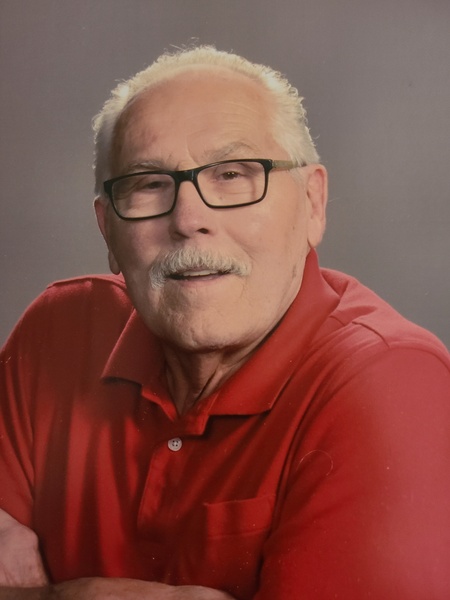 Don was a member of the First United Methodist Church Neenah.  He was a proud farmer and avid hunter.  He graduated from Neenah HS in 1959.  He played the sports he loved and excelled at: basketball, baseball, football.  After high school, he worked at Neenah paper, then joined the National Guard.  He worked at Eggers Industries where he met and married his beloved wife, Janice Jensen (Schwingle).  They had 43 wonderful years together.  Together they formed a close-knit, loving family with Janice’s four children – Cindy, Jenny, Joe, and Dan.

One of Don and Jan’s favorite things to do was to go to their cottage up north.  The cottage was a place where many warm memories were created with family and friends alike.  Don cherished many things: being part of his families, hunting, gardening, an old-fashion and sharing one with others, a birthday donut with his co-workers at Eggars, watching the Brewers, Bucks and Packers play (which typically led to a good nap - after or during/win or lose), Sheepshead or Cribbage (and if someone had money, he was ready to play), hanging out on his front porch waiting for his neighbors and friends to stop by, and when they would, he would spend hours talking with them.  Don always remembered our birthdays with a phone call; sometimes early-morning, or the next day or the wrong day. He was a master chef of butter sandwiches for deer hunting lunches, and an avid collector of antiques he kept in his garage and basement.

In addition to his parents, he was preceded in death by his brothers: Junior and Tom Jensen, daughter Cindy Brandt, son-in-law Robert Lujan, mother and father-in-law Dorothy and Henry Schwingle, brother-in-law Gene Schwingle and grand-niece MyKayla Jensen.

The things we will miss about Don: he made the best breakfasts, his sense of humor, positive attitude, good conversation, not a mean bone in his body, extremely kind, gentle, and compassionate. He always put his family first. He was loved by all.

We give many thanks to the staff at St. Elizabeth’s Hospital for their care and support.  The staff at the Ascension Cancer Clinic, in particular Ericka, RN were wonderful. Don’s Celebration of Life will be at First United Methodist Church Neenah on July 30. Visitation: 10-11:30am, service at 11:30.

In lieu of flowers, please consider a donation to the First United Methodist Church Neenah or the Neenah Animal Shelter.

To order memorial trees or send flowers to the family in memory of Donald (Don) S. Jensen, please visit our flower store.