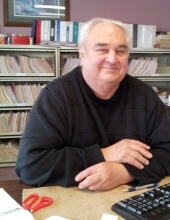 Menasha – Donald (Don) E. Brock, 77, passed away peacefully in his sleep on Tuesday, April 7, 2020 at Oakridge Gardens. He was born August 2, 1942, in Appleton, the son of Edward and Rosella (Kuse) Brock. Don graduated in 1961 from Appleton High School, and 1967 from UW La Crosse. Immediately out of college he became an Insurance Agent with All State Insurance. In 1972, he embarked on a journey that became his lifelong dream of helping others to enjoy life through swimming pools, pool tables, waterbeds, and the like. He owned Leisure Land, Water World, and lastly All American Distributors. In 1982, he left All State Insurance and became an Independent Agent at his agency All American Insurance.

Don will always be remembered by his family and friends as a man who loved his customers. He would give anyone the shirt off his back.

Due to current circumstances, a private family ceremony will be held at Appleton Highland Memorial Park where he will be laid to rest with his parents.

Don’s family would like to extend a heartfelt thank you to the staff at Oakridge Gardens Rehabilitation and Memory Center for their compassion and care; and to St. Elizabeth Hospital who took such great care of dad and was there for us as well. We’d also like to extend our appreciation and thanks to Ascension At Home.
To order memorial trees or send flowers to the family in memory of Donald Edward Brock, please visit our flower store.