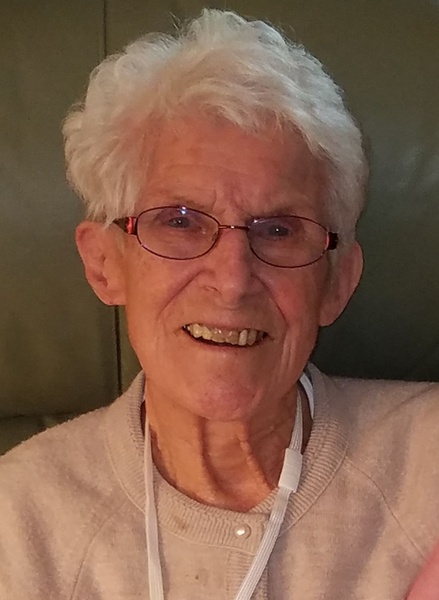 Donna Olson passed peacefully, two months shy of her 97th birthday, on April 4, 2022. She was born on June 4, 1925 to Edna (Hintz) and Alfred Larson in Madison, Wisconsin. She married Alfred Olson on November 1, 1946. They had two children and enjoyed 67 years together before Al’s passing on September 3, 2014.

During her marriage she moved from Beaver Dam to Appleton to Sturgeon Bay and back to Appleton where they lived until her retirement from Appleton Psychiatric Associates. Donna and Al then moved to Port Richey, Florida for 25 years of golfing in the sunshine before returning to Appleton. In addition to golfing, Donna loved playing Bridge and was a long-time member of Eastern Star.

In addition to Al, Donna is preceded in death by her son, Donald. She is survived by her son, Charles (Chuck) his wife, Jackie, and their children Aaron (Lauren) and Andrea (William) Springer and great-grandchildren, Sienna and Brady Springer.

The family would like to thank the entire staff at The Heritage and Theda Care Hospice for their loving care, attention and kindness to Donna the past several years. A farewell devotion for Donna will be held at 11:00 a.m., Monday, April 18, in The Chapel at First United Methodist Church, 325 E. Franklin St., Appleton, WI. Family will receive visitors beginning at 10:30 a.m.

To order memorial trees or send flowers to the family in memory of Donna J. Olson, please visit our flower store.