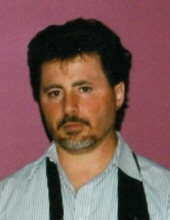 Duane Hoffman, age 63 of Kaukauna, died unexpectedly on April 17, 2018. Duane was born in Kaukauna on March 30, 1955, son of the late Donald and Sylvera (Wenzel) Hoffman. Duane attended Kaukauna High School, and soon thereafter, Las Vegas called. Duane worked as a casino dealer for many years in Vegas, eventually being promoted to Pit Boss at New York, New York Casino. In about 2000, he returned to the area to care for his aging mother. While back in town, he worked at various odd jobs.

Duane was a lover of all sports, but especially enjoyed golf. He was also very knowledgeable about computers, spending a lot of time working on them. It is said that he nearly attained the title of “computer geek, but not quite.”

At Duane’s request, a private service for the comfort of his family will be held at a later date.