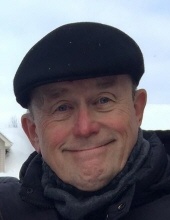 Earl Leroy Frederick Russ, Jr., passed away on June 15, 2021. He was born in Chicago, Illinois, on March 23, 1946, to Earl L. Russ, Sr., and Wilma Resing Russ. Earl had four sisters: Bernadine, Lillian, Marlene, and Kristin, with whom he grew up in Chicago, IL. Earl, a resident of Appleton, WI, for the last five years, moved there after he retired. In 1971, he received his B.S. degree in Applied Mechanics from the University of Illinois at Chicago. He spent his career as a mechanical engineer at Sargent & Lundy and Brown & Root. He delighted in spending time with his two children and his eight grandchildren, and was eager to meet his first great-grandchild, born shortly before his passing.

Earl was beloved by his family, especially his grandkids, for his funny, quirky sense of humor that included bugs in jars and taking out false teeth unexpectedly. He lived near Erb Park and took pleasure in bringing grandchildren and great nieces and great nephews to the local park and pool. Earl relished family camping trips and was always good for a laugh and a smile as he threw sticks into the fire.

Earl attended Bible study with his son Erich at Appleton Alliance Church for several years. His family was pleased to see his faith grow during his retirement years. He was also extremely handy, and enjoyed tinkering with electronics, especially vintage ones. He was known to refurbish and rewire antique lamps, vacuums, space-heaters, and other devices, keeping them working for long after their expected lifespan. He was a champion for using duct tape to fix anything.

Earl could be a quiet, introspective person, but the relationships he formed were great joys in his life. In his later years, he had a dear friendship with his former spouse, Rita Schneider Russ, and cherished her visits to Appleton, WI. His neighbors were important to him, and they looked out for each other. Additionally, Gunnar Kyllingstad was his lifelong best friend, and had visited Earl with his wife Erika only one week prior.

Earl will be remembered as a big-hearted father and grandfather who embraced the nickname “Grumpa,” gave big hugs, and chimed in with a clever quip when least expected. Every holiday his “God bless us, everyone” rang out through the room as a reminder of the heritage of kindness he left. Though his circle was small, his impact on those who loved him was great.