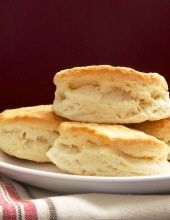 Esther Burdette, age 74 of Chilton, passed away at Cherry Meadows in Appleton on Saturday morning, March 21, 2020. Esther was born in Appleton on December 7, 1945, daughter of the late Claude and Esther (Abendroth) Warner.

She was a loving wife, mother, grandmother, and great-grandmother and will be fondly remembered for her sewing, singing and playing the piano, and her baking. She made donuts, bread, and the best biscuits around.

Esther is survived by two sons: Jim Bascombe of Chilton and Loren-Paul (Sharon) Bascombe of Neenah, and Sarah (Robert) Carmichael of Appleton, who was like a daughter to her. There are also twelve grandchildren and nine great-grandchildren.

She was preceded in death by her parents, her husband James Burdette in 2009, a brother Oliver Warner, and a daughter-in-law Michaelene Ryder.

A celebration of Esther’s life is being planned for a later date.

The family would like to offer their sincere thanks to the staff at Cherry Meadows. Even though she was there only a short time, we could see that she was in loving and caring hands. Thank you so much.
To order memorial trees or send flowers to the family in memory of Esther R. Burdette, please visit our flower store.