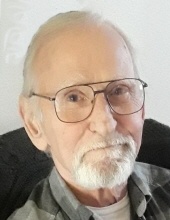 He was born on June 7, 1944 to Wilfred Sr. and Alyce (Kiley) Selsmeyer in Green Bay, Wisconsin. He attended Green Bay East High School and then enlisted in the United States Army, where he proudly served as a member of the 173rd Airborne Brigade Combat Team ‘Sky Soldiers’. After Vietnam, he excelled as a journeyman sheet metal worker and retired in 2003 from Muza Sheet Metal. He then worked part-time for Clarity Care until 2012.

He will be deeply missed by the love of his life, and wife of 29 years, Denise ‘Dee’ (Thiele) Selsmeyer and their dogs Emily and Sofie. Survivors include his children, Leah VanZile (granddaughters Payton, Kenedy and Morgan) of Rhinelander and Jared Selsmeyer of Crandon. Step-children Kimberly (Jeremy) Flom (step-grandsons Ethan and Hunter), Keith Hofkens, Jr. and Kevin (Sarah) Hofkens.

Gary is further survived by siblings Sandra (Don) Adler, Fred (Cheryl) Selsmeyer, Kathy Ver Haagh and sister in-law Barb (Brusky) Selsmeyer. And many other in-laws, nieces, nephews and friends. Gary was preceded in death by his parents and brother, Bill.

In his free time, he enjoyed finding unique ways to enforce local speed limits with the family’s garden hose, loosening rusty bolts with an expressive use of what little French he knew, and taking care of friends and neighbors - always shoveling their driveways or mowing their lawns before his own. In all he did, he displayed the spirit of a master craftsman with meticulous attention to detail. There was no project he couldn’t tackle. He was incredibly proud to participate in an EAA 2014 Honor Flight. A true salt of the earth gentleman, a living classic, and the strongest man we’ll ever know.

The family wishes to thank the staff at St. Elizabeth Hospital for their exceptional care and compassion. Condolences may be sent directly to the family.

‘Gary, you done good…I will love you forever.’ – Love Dee
To order memorial trees or send flowers to the family in memory of Gary James Selsmeyer, please visit our flower store.