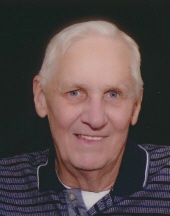 George Ruppenthal, age 81, threw in the "proverbial towel" after the Green Bay Packers loss to the Dallas Cowboys on October 16, 2016. This baby Packer backer was born in Sheboygan, WI to Herman and Norma Ruppenthal on July 5, 1935. He graduated from Sheboygan Central High in 1953 and was drafted into the Army where he served as a Tank Commander. He was stationed at Fort Hood, TX where he developed his lifelong dislike for the state of Texas and the Dallas Cowboys. After his discharge, he went to work at Sheboygan Box Company, where he met his wife of 58 years, Jenny Beinemann. They were married on February 15, 1958 at St. Paul Lutheran Church in Sheboygan. In 1963, he started his career in law enforcement at the Sheboygan County Sheriff's Department as a Traffic Officer. In 1974, he moved to Calumet County where he served as Captain of Traffic. He ended his law enforcement career in 1985 as the Chief of Police in Brillion, WI. George finished his working career at Wickes Lumber in Appleton, WI.

George enjoyed fishing (especially at Thunder Bay Resort , in Canada), taking rides on the Pontoon, camping, traveling and most of all spending time with his family where he imparted his witty, sarcastic, and much appreciated sense of humor. George never missed a Green Bay Packer, Milwaukee Brewer, or Wisconsin Badger game.

A celebration of George's life will take place on Saturday, October 22 from 12:00-3:00 PM at Tanners Grill and Bar, 730 S. Railroad St, Kimberly. His final wish was for all of us to celebrate his life by sharing stories and surrounding each other with laughter.

The family would like to extend their thanks to Dr. Swanson, Thedacare Hospice and Cherry Meadows for their kind and loving care.