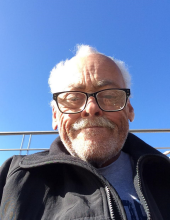 Gerald “Jerry” Robert Taylor, age 63, of Gillett, passed away on Monday, August 14, 2017 at ThedaCare Regional Medical Center in Appleton after a battle with heart disease. He was surrounded by family and passed peacefully. Jerry was a family man and an avid Packer Fan.
He is survived by his wife, Linda; his daughter, April; and two sons, Jason (Amanda) Kijewkski and Mike York and his sister, Eileen. He was also a stand-in father figure for two of his grandchildren, Benjamin and Breanna Taylor. He is further survived by his other grandchildren, Alivia, Ryan, Annabel and Samantha and numerous nieces, nephews and other relatives and friends.
Jerry was preceded in death by his parents, Robert and Gladys Taylor and two of his children, Gerald Jr. and Samantha.
A Going Home Celebration will be held at Polish Falcons Nest, 803 E. Clark Street in Milwaukee, Wisconsin 53212, on Saturday, August 26, 2017 at 3:00 p.m. We hope to see you there and celebrate Jerry’s life.
To order memorial trees or send flowers to the family in memory of Gerald "Jerry" Taylor, please visit our flower store.