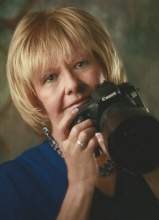 Geraldine (Geri) Nolden passed away peacefully on Friday, Dec. 2nd,, 2016 at St. Paul Home in Kaukauna, WI. She joined her loving husband of over 50 years, Leon, who passed away on Sept. 7th 2011.  Geri was born in St. Cloud, MN, daughter of the late Ted and Geraldine Paycheck (Pietrzak).

Geri was a lifelong photographer who started her professional career in Mankato, MN as the owner of Studios of Leon.  She continued her photographic career in Neenah with her son, Wayne, as Geri's Photography for many years.