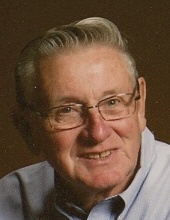 Harvey Mincy, 85 of Brownsville, died Thursday, Nov 9, 2017 at the Hospice Home of Hope in Fond du Lac. He was born in Ripon on Aug 19, 1932, the son of Riley Mincy and Elsie (Wichman) Mincy. He married Avonne Anita Leupold on May 24, 1958. Harvey was known for never being without a job. At a young age, he helped contribute to the household by delivering newspapers and milk as well as setting bowling pins at the Ripon Pin Bowl. After more than 20 years of service, he retired from the Ripon Post Office in 1992. He previously worked for more than 20 years at Ripon Foods and ended as their head baker.

Harvey Mincy served in a steady way, quietly and with no dramatics.
To order memorial trees or send flowers to the family in memory of Harvey C. Mincy, please visit our flower store.