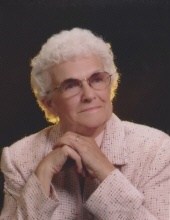 Inez Trudell Rekowski (Dahl), 88 years, passed away May 30, 2018 at The Atrium Acute Care of Neenah, Wisconsin. She was born June 21, 1929 in Lac Du Flambeau, Wisconsin to Benjamin and Samantha Dahl (Miller).

Inez worked on the family farm in her early years. She lived in Oshkosh before the family settled in Menasha, Wisconsin. She retired from Gunderson Cleaners after 26 years of service. She enjoyed playing bingo, a game of cribbage and following the Cubs.

Private services held. Tributes of Inez may be sent to her family.

Special thank you to the staffs at ThedaCare at Home and The Atrium Acute Care of Neenah, Barb Replinger and Stephanie Mulroy for their loving and professional care of Inez.
To order memorial trees or send flowers to the family in memory of Inez Trudell Rekowski, please visit our flower store.