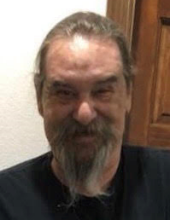 James David Sanford, age 65, passed away on December 13th, 2018 after a short battle with cancer. In passing he was surrounded by family and friends who loved him dearly.

He was known to many as David, and to his close friends, simply as JD. David was born on January 26th, 1953 in Porterdale, Georgia. Nomadic at heart, he lived in multiple states over the course of his life: Georgia, Michigan, Florida, Ohio and Wisconsin, to name a few. His family is spread across these United States.

David was a Finish Carpenter by trade and always willing to lend a hand to others on their projects. He loved his Harley-Davidson motorcycles, but the most important thing to him was always family.

He is preceded in death by his parents, Forrest and Agnes (Morgan) Sanford, and sister, Barbara. He is survived by his son, Jason (Erin), and daughter, Morgan. David has two grandchildren, Taven and Alexa. He was blessed with brothers and sisters who stood by him, Gene (Sally), Donnie, Dale (Bonnie), Beth (Al) and Irma (Jim). He is also survived by many nieces and nephews, all of whom were special to him.

It was David’s wish to be cremated and have his ashes spread. No formal funeral is planned at this time. Just remember him for the man that we all adored.

We also wish to the thank the ICU care team at Theda Clark hospital in Neenah for their compassion and service.
To order memorial trees or send flowers to the family in memory of James David Sanford, please visit our flower store.