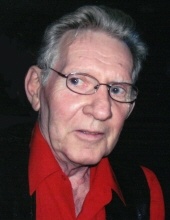 Jim was very proud to have served in the Marines from 1961-1964 during the Vietnam Conflict. He received an honorable discharge and received the medal of honor.
After his time in the Marines, he returned to Neenah where he worked for the Neenah Foundry for over 10 years. He then went on the road for a while. One of his favorite places he lived was in Colorado where he worked on a ranch. He loved working and riding the horses. He would refer to that time as his cowboy days. But his real home was with his family in Wisconsin and he decided to return. There he would find the love of his life, Judy Zuleger. He spent 21 years happily married to her. He could often be heard saying “I don’t know what I would do without you Judy” and the last words he said were “I love you Judy”. He went to work at Aarowcast Foundry in Shawano and remained there until he retired.

Jim enjoyed going to the Cimarron with his wife and having his Kessler and water (warm water, NO ICE) the cowboy way. There he enjoyed talking with friends. He also loved watching old westerns with his dog, Lady. They were inseparable, even enjoying naps together.

He was preceded in death by his parents Charlie and Fern Shadduck, sisters Hallie Stumpf and Donna DaBaere, step son-in-law Jake Sprewer.

The family would like to thank Hospice for their care, especially Amy, Sonja, and Stacy. We would like to thank our family for their help. Most of all we want to thank Veronica, the daughter Jim never had. She took him to his appointments over the years and spent time with him every Wednesday bonding over Mountain Men and Gunsmoke. Along with his wife she was with him until he took his last breath.

Jim the time has come for you to see
“THE END”

Jim’s wishes were to not have a funeral, so we will celebrate his life on Sunday, June 20, 2021 at Cimarron Bar & Grill from 3-6 PM.
To order memorial trees or send flowers to the family in memory of James "Duck" Shadduck, please visit our flower store.