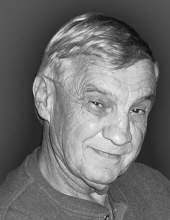 James E. “Jimmy” Kohanski, age 77, passed away peacefully at Oakridge Garden Rehabilitation and Memory Center, after fighting though a series of health problems. He was born on June 13th, 1940, in Neenah, son of the late Edward and Stella (Pozdol) Kohanski. Jim, who could sometimes be quiet and reserved, yet enjoyed being social and being funny without even knowing it. He looked forward to spending time with family and being the center of attention or bickering with his twin brother. After other marriages that didn’t work out so well, he married Judi Bursiek, who he later called “the best thing that ever happened to him,” and was married to her for 20 years.

Jim worked as a truck driver for Menasha Corporation in Neenah, Brown Trucking in Vero Beach, Florida and later Checker Trucking In Neenah. Living the dream came later in life, when he enjoyed spending time building, remodeling and making furniture in his shop. Even accidentally cutting off his finger (and driving himself to the hospital!) didn’t discourage him from doing what he loved during retirement. In earlier years, he enjoyed camping, being with family and insisting that the Detroit Lions would make it into the SuperBowl.

Due to Jim’s request, there will be no visitation or funeral. Online condolences may be expressed at www.hovcremation.com.
To order memorial trees or send flowers to the family in memory of James E. Kohanski, please visit our flower store.