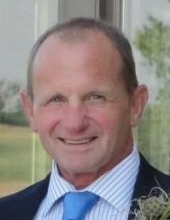 James Miles Mrnak, age 61, of Appleton, passed away peacefully at his home on Sunday, May 24, 2020, surrounded by the love of his family. James was born in Elmhurst, IL on June 26, 1958 to the late George and Beryl (Edie) Mrnak. He graduated from Antioch Community High with the class of 1976. James was united in marriage to his high school sweetheart, Donna Wilson, in Waukegan, IL on July 23, 1977. During his life he worked at various places, but spent most of his working years as a union laborer in Chicago. James was an avid outdoorsman who enjoyed spending time hunting, fishing and being in the outdoors. He loved spending time with his family, and his grandchildren were his greatest joy.
He is survived by his loving wife of 43 years, Donna; 3 children: Tim (Melissa) Mrnak, Jon Mrnak and Kara (Ben) Papendorf; 8 grandchildren: Megan, Madelyn and Tyler Mrnak, Jaxson and Mackenzie Mrnak and Taylor, Hailey and Aiden Papendorf; 3 brothers: Steve (MaryLynn) Mrnak, Ken (Donna) Mrnak and Tom (Jackie) Mrnak. He is further survived by many nieces, nephews and other relatives and friends.
Due to current circumstances, a private family service will be held for James on Saturday, May 30, 2020 at Givens Farm.
To order memorial trees or send flowers to the family in memory of James M Mrnak, please visit our flower store.