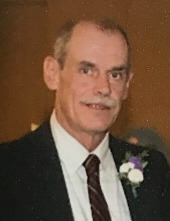 Jeffrey A. Schumacher, age 67, of Three Lakes, WI, passed away peacefully with family by his side on Thursday, October 8, 2020, at St. Elizabeth’s Hospital in Appleton after a short battle with cancer. He was born on July 30, 1953 in Milwaukee, WI to the late Ronald W. and Thekla G. (Faehnel) Schumacher. They moved to Brookfield in 1955. In 1970 the family moved to Chilton, WI where Jeff graduated high school with the class of 1971. He attended UW Oshkosh and received a Bachelor degree in Geography. In the 1990s Jeff moved to Three Lakes where he made his home for the last 30 years in the family cottage on Crooked Lake. Jeff worked for Frito Lay as an agricultural researcher until he retired at the age of 63. He was a fan of the Packers, Brewers and Badgers and rarely missed a game on TV. Jeff enjoyed fishing, canoeing on Eagle Creek with friends, campfires with friends and family where he enjoyed entertaining those with his guitar, and spending time with family especially his nieces and nephews. He also enjoyed being on league for horseshoe and nine ball with his friends of Three Lakes. Jeff was a simple man never asking much from anyone and always willing to lend a hand. He considered everyone that knew him as his friend.

Jeff was preceded in death by his parents, his companion and best buddy golden retriever Rusty.

A Celebration of Jeff’s life will be held on Sunday, October 25, 2020, starting at 12:00 PM with a toast to Jeff at 3:00 PM at Schumacher’s Shanty in Stockbridge.
To order memorial trees or send flowers to the family in memory of Jeffrey Allen Schumacher, please visit our flower store.