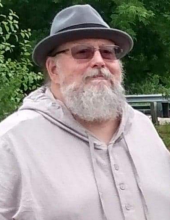 Jeffrey S. Yingling, born July 30, 1954, passed away unexpectedly (not due to COVID) on August 26, 2020.
Jeff was born in Appleton, WI to Donald and Mary (Hesselman) Yingling. He graduated from Kaukauna High School in 1972.
Survived by his wife, Geraldine, his daughter Jennifer (Robby) Frelich, his son Phillip (Erica) Yingling, and 7 grandsons, Robby (Janessa) Frelich Jr., Brandon Frelich, Vaughn Yingling, Wyatt Yingling, Marshall Yingling, Ascher Yingling, and Cooper Yingling.
He is also survived by his brother Scott (Geri) Yingling, his brother Todd (Kendra) Yingling, his sister-in-law Pat (Dave) Doering, his brother-in-law Bill (Denise) Vanderloop, his sister-in-law Teresa (Jeff) Robinson, his brother-in-law Jim (Sue) Vanderloop, and his sister-in-law Mary (Paul) Dobbert.
He is also survived by many aunts, uncles, cousins, nieces, nephews, and special friends, John & Kay Zornow.
Jeff liked to hunt, fish, ride his motorcycle, and spend time with his grandkids. He enjoyed spending up north in his "tool shed." He was a big Packer, Badger & Brewer fan.
A special thanks to the ThedaCare and hospice nurses that took great care of him in his last moments.
A party in his honor will be held at N2248 Weyers Road in Kaukauna on Saturday, September 12th, from 2:00 PM to 6:00 PM.
To order memorial trees or send flowers to the family in memory of Jeffrey Stuart Yingling, please visit our flower store.